Dr Quek Swee Chong returned to Ladakh July 30 > August 7, 2016 with a impressive team of 26 gynecologists, nurses and assistants to successfully conduct the most ambitious and productive cervical cancer screening and treatment camp in the history of The Himalayan Women’s Health Project.

Just over 1,600 women from a wide social spectrum of villages, nomadic tribes and women’s alliance groups were systematically brought to The Ladakh Heart Foundation Hospital venue by their community leaders and all received comprehensive, personal and effective screenings & treatments for a wide range of gynecology related issues. Dr Quek performed 168 life saving LEEP procedures on the woman who were found to have pre-cancerous lesions on their cervix. In addition, 3 women were found to have advanced cases of cervical or uterine cancer and were sent to The All India Institute for Medical Sciences in New Delhi for surgical and radiotherapy treatments. We are very pleased that all three of the women have returned home to Leh after successful treatments for their life threatening conditions. Our sincere thanks must go out to Dr Neerja Bhatla, the head of the Gynecology Department at AIIMS for her kind and empathetic willingness to extend priority treatment to the women of Ladakh who are found to have advanced cases of cancer.

At the successful conclusion of the screening and treatment camp, Dr Quek Swee Chong and his team were given the wonderful honor and recognition of being summoned to the summer residence of His Holiness the Dalai Lama who expressed His gratitude and admiration for the compassionate objectives of The Himalayan Women’s Health Project and Dr Quek’s heroic efforts on behalf of the women and families of Ladakh. 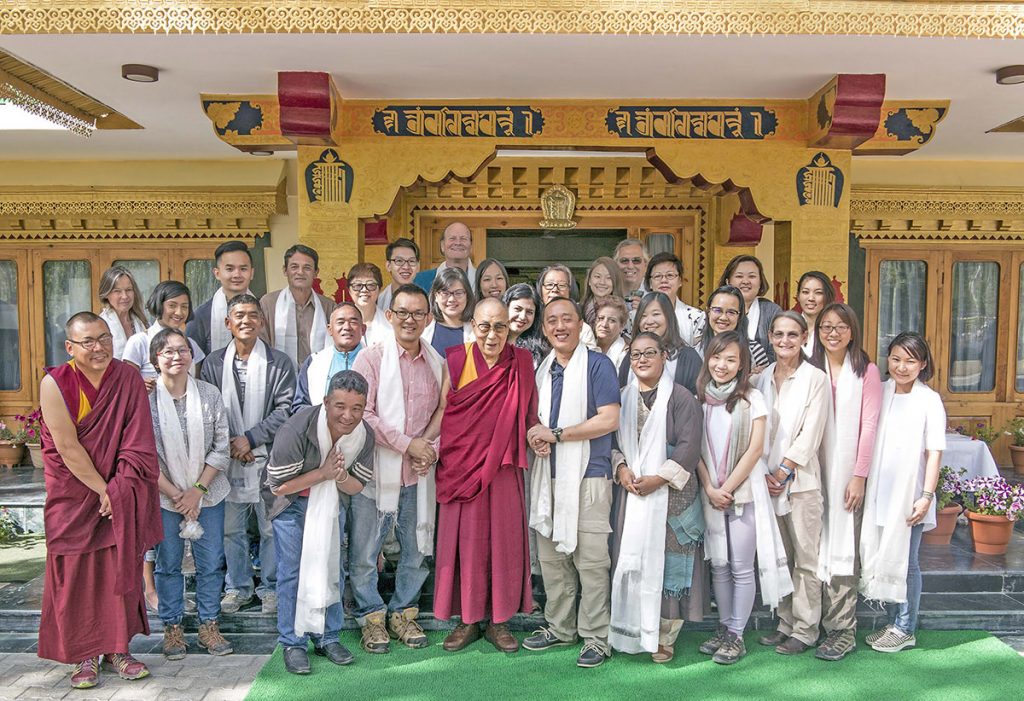 His Holiness the Dalai Lama with Dr Quek Swee Chong and his 2016 Cervical Cancer Screening and Treatment Team in Ladakh. 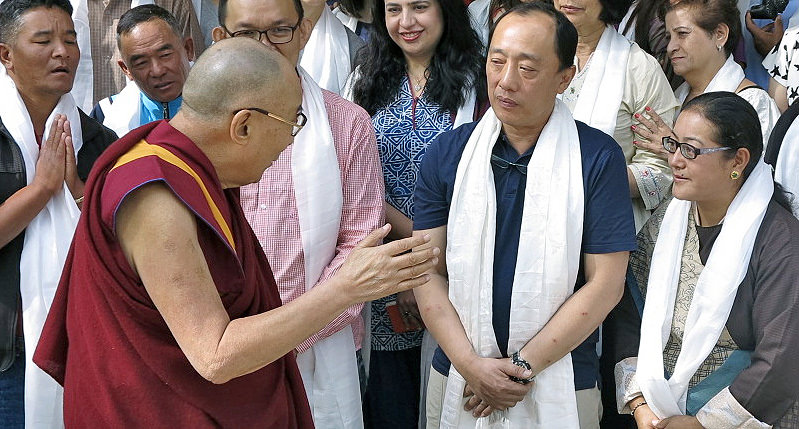 His Holiness the Dalai Lama discussing the philosophical, medical and ethical merits of treating patients with unconditional compassion as the paramount practice of Buddha Dharma with Dr Quek and the champion of our women’s health team in Ladakh, Dr Dekyi Yangzom.