The Himalayan Women’s Health project has been in operation in Ladakh since 2009 and has conducted numerous major screening, treatment and education camps in some of the most remote areas of the North Indian Himalayan region. Its main focus is on the prevention and treatment of cervical cancer, as well as to provide gynecological and pregnancy-related care to the women of Ladakh.

Cervical cancer is the most common cancer among women in India and the disease kills more women in India than in anywhere else in the world. We have found high rates of cervical pre-cancer in this isolated and remote area.  The project has adopted a single-visit approach for the detection and treatment using a simple and cost effective method of screening known as Visual Inspection with Acetic Acid (VIA). This involves applying a weak vinegar solution to the cervix and observing the changes that occur. Women who have the visible pre-cancerous (cervical cells) changes then undergo a more thorough examination known as colposcopy, and are offered treatment under local anesthesia if necessary. The HWHP has been conducting regular screening and treatment camps and to date has screened almost 9,000 women and provided surgical treatments for over 600 patients with serious precancerous lesions or other maladies

Another important aspect of the work of HWHP is to educate local women about various aspects of women’s health, as well as to train local healthcare workers to perform the screening techniques. This will ensure continuity in the screening process, and eventually, we hope to train enough healthcare workers to be able to continue and expand the program.

Looking ahead, we hope to take the next, best possible step toward the long term health and welfare of the women of Ladakh by introducing the safe and effective vaccine that protects women from the HPV virus that has been proven to be the cause of cervical cancer in most instances.

There are over 40,000 women in the Ladakh region that are at risk from cervical cancer.  Many of them are already infected with the HPV virus that has been shown to be the primary cause of this extremely serious illness.  The goal of The Himalayan Women's Heath Project is to address the problem with a two tiered strategy:

Do You Want To Help?

The camp went well, in no small part due to the focus and hard work the TTS students that have been contributing to the effort. At the end of the 2nd day, we had almost 1,000 patients come through the camp and be screened and treated for evidence of early-stage cervical cancer as well as…read more 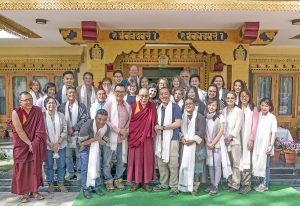 Dr Quek Swee Chong returned to Ladakh July 30 > August 7, 2016 with a impressive team of 26 gynecologists, nurses and assistants to successfully conduct the most ambitious and productive cervical cancer screening and treatment camp in the history of The Himalayan Women’s Health Project. Just over 1,600 women from a wide social spectrum…read more 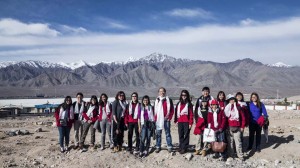 Dr Quek Swee Chong returned to Ladakh May 17>25 with a impressive team of 16 gynecologists, nurses and assistants to successfully conduct the most ambitious and productive cervical cancer screening and treatment camp in the history of The Himalayan Women’s Health Project. Just over 2,000 women from a wide social spectrum of villages, nomadic tribes…read more 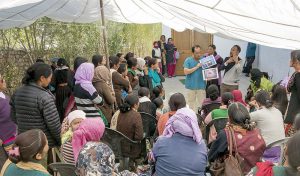 In August 2014, Dr Quek Swee Chong continued his efforts to bring life saving education, screening and treatment opportunities to the women of Ladakh who are living in some of the most remote areas of the Himalayas.  Dr Quek brought an extremely capable and dedicated team of gynecologists, physicians, nurses and assistants to work in…read more 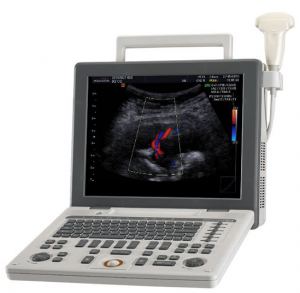 The Medione medical supply company of Singapore has extended an enormously generous discount to Dr Quek Swee Chong for the purchase of the brilliant Samsung Sonoace R3 portable Ultrasound machine. This portable, full featured ultrasound machine will not only vastly enhance the ability of our gynecologists and OB/GYN specialists to have state-of-the-art diagnostic abilities when…read more 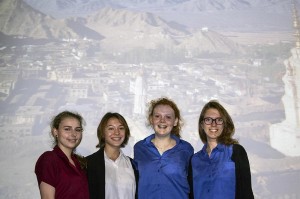 On March 27, 2015 a benefit auction was organized by the Tanglin Trust community to raise funds for the long term goals of The Himalayan Women’s Health Project. Dr Quek Swee Chong, the team leader gynecologist, once again shared the goals and challenges of the project in a compelling presentation prior to the bidding. Inspired…read more 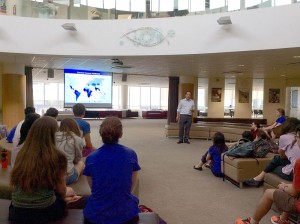 One of the most renown and prestigious international expatriate schools in the world, The Tanglin Trust which is located in Singapore has continued it’s rich tradition of generous fund raising efforts in support of their mission statement mandate of emphasizing community service as an essential component of the student’s education. Tanglin Trust is sending another…read more 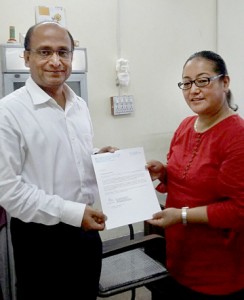 One of our women’s health care champions in Ladakh, Dr Deyki Yangzom, secured an extremely rare and beneficial opportunity to travel from Ladakh and be accepted as a temporary staff member of the prestigious Chittaranjan National Cancer Institute in Calcutta during the winter months of 2015. Because of the respect shared between the Head of…read more 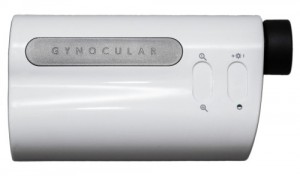 Dr Swee Chong has received the two Gynocular portable colposcopes which we have ordered from the Gynius Company in Sweden. These units will vastly improve our ability to conduct accurate internal examinations of women who are living in some of the most remote regions in the world. We look forward to utilzing them extensively during…read more 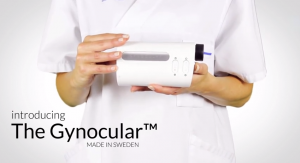 The Gynocular Portable Colposcope – an amazing technological breakthrough in being able to conduct precision women’s health care examinations in the remote Himalayas. Dr Quek Swee Chong has been in consultation with the designers of a remarkable new portable, battery powered colposcope branded by the name of Gynocular. Manufactured by the Gynius Company in Sweden,…read more