In August 2014, Dr Quek Swee Chong continued his efforts to bring life saving education, screening and treatment opportunities to the women of Ladakh who are living in some of the most remote areas of the Himalayas.  Dr Quek brought an extremely capable and dedicated team of gynecologists, physicians, nurses and assistants to work in conjunction with the local Ladakhi physicians to successfully treat almost 1,000 patients in less than a week.

Word of the camp spread quickly through positive word of mouth trust earned from previous camps and also through invitational broadcasts over All India Radio.  The daily scene at The Ladakh Heart Foundation Hospital where the camp was held was one of crowded urgency as the women of the region wanted to be assured of their well being or be treated by the international physicians.  Almost 1,000 women were first given basic information about the causes of cervical cancer and the measures that were available for prevention of infection as well as treatment options.  They were then screened for evidence of pre-cancerous lesions or other maladies and if they were found to have developing malignancies, Dr Quek Swee Chong immediately performed the necessary in patient surgical procedures. Over 80 women received this life saving treatment during the camp. 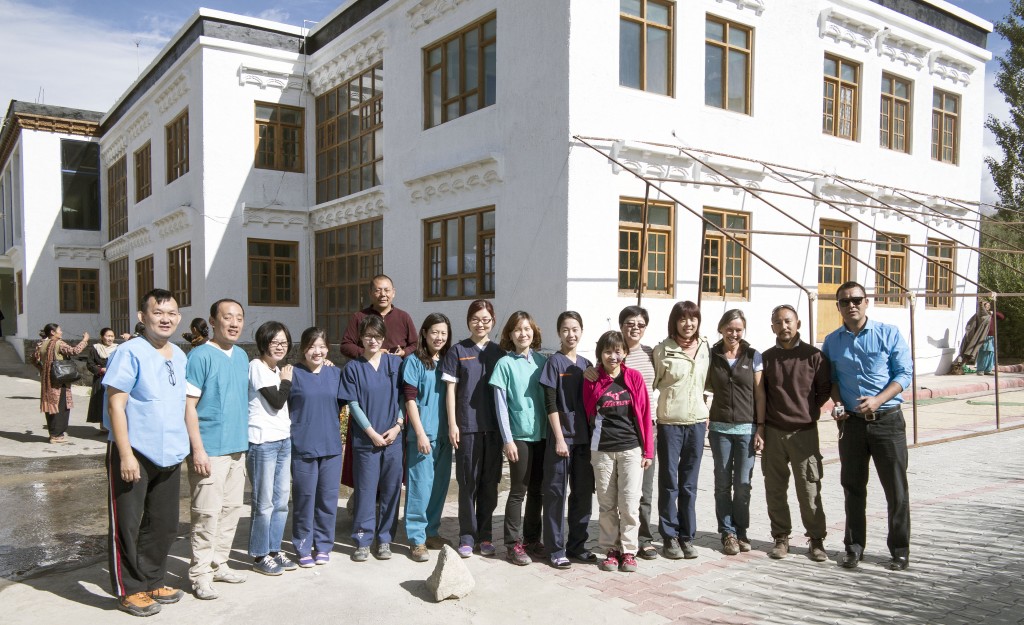 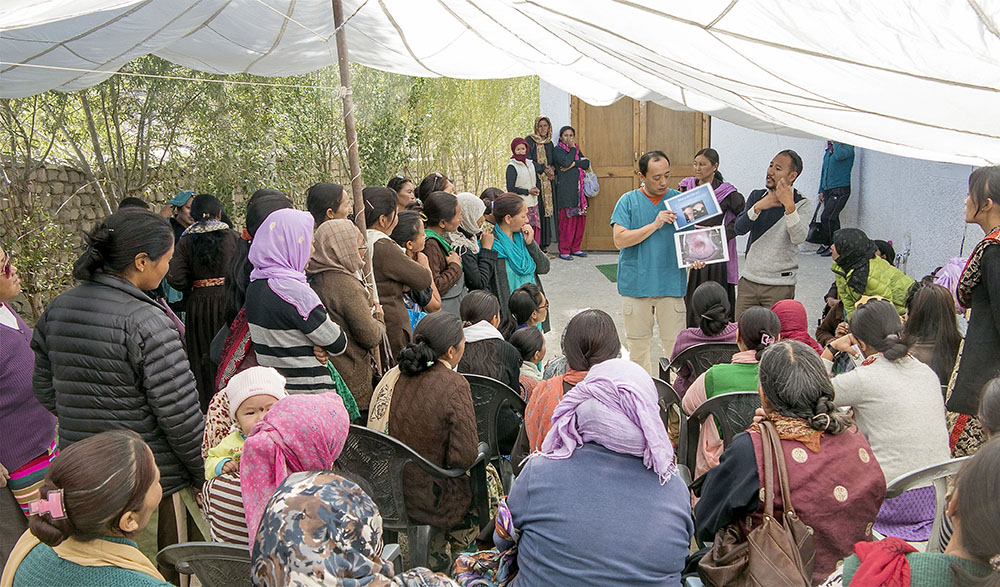 Education was an essential component of the camp and each woman received frank and insightful information on the causes, prevention and treatment of cervical cancer prior to their screening and treatments. 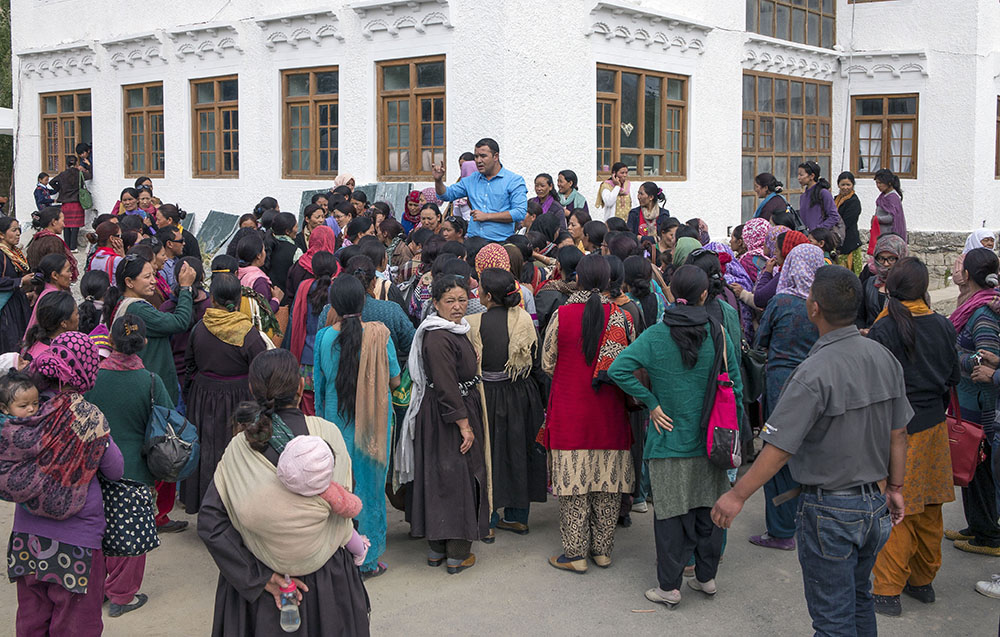 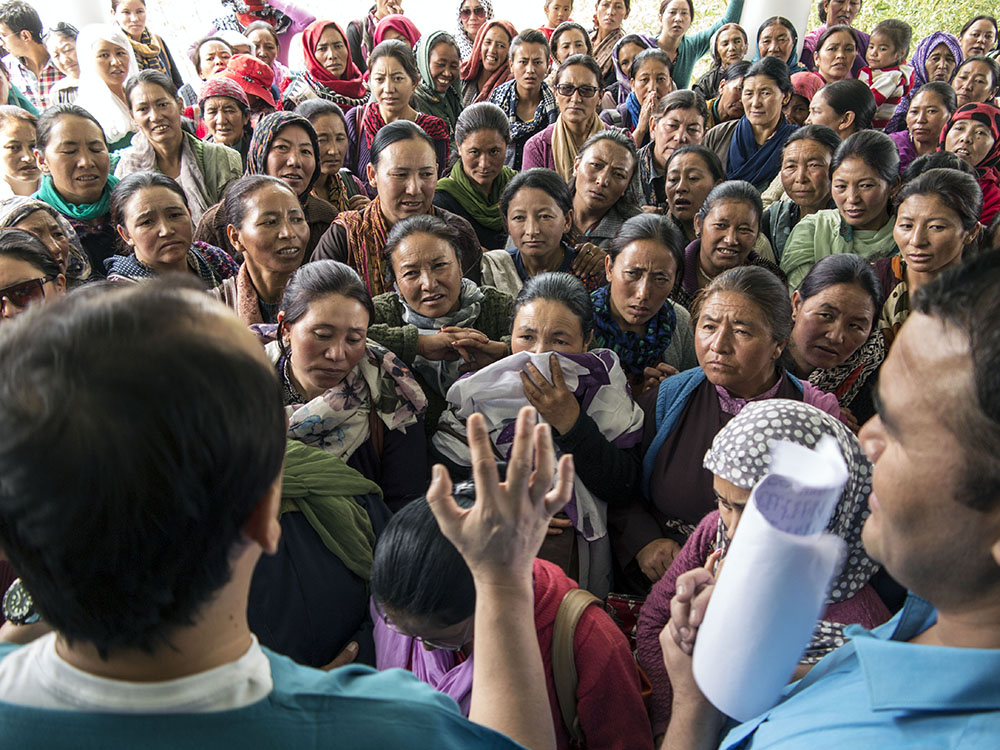 Each day there were hundreds of women coming to the camp for examination and treatment.  Quite often Dr Quek Swee Chong and Dr Nordan had to assure the crowds of women waiting for hours outside the hospital that every woman who came to the camp from remote destinations would be seen by the doctors.  At the conclusion of the camp, almost 1,000 women were examined and 80 were found to have serious pre-cancerous lesions that would have inevitably progressed to full blown malignancies.  Dr Quek tirelessly performed surgeries for 10>12 hours a day to provide this life-saving treatment to every woman who required it.

Prevention and Protection from Cervical Cancer 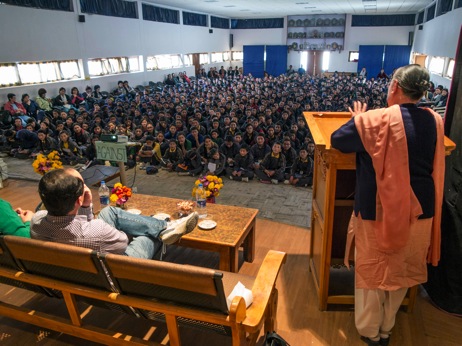 Dr Quek joined his distinguished Ladakhi colleagues, Dr Ladhol Kalon, a pioneer in the field of women’s health care in Ladakh as well as Dr Nordan Otzer the current local medical team leader of the Himalayan Women’s Health Project in conducting women’s health care lectures at several of the local schools in the Leh area. 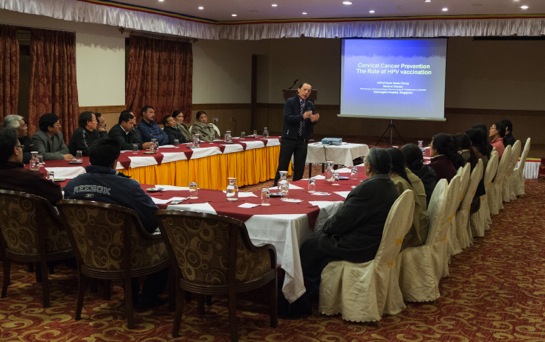 Dr Quek also continued his efforts to gain approval from the local politicians and health care officials for his ambitious plan to introduce wide scale inoculation programs for young Ladakhi girls between the ages of 12 > 17 years with a safe and effective vaccine that will protect them from the HPV virus that has conclusively been proven to be the primary cause of cervical cancer.